Conserv has partnered with the Albany Museum of art to improve their collection environment with real-time temperature and relative humidity data.

The Albany Museum of Art traces its roots back to the founding of the Southwest Georgia Art Association in the early 1960s. In 1980 it became the Albany Museum of Art and began raising money to build a permanent home, which opened in 1983. Its collections include 19th- and 20th-century American and European artworks and a particular point of pride: the largest collection of sub-Saharan African art outside an educational institution in the Southeast. 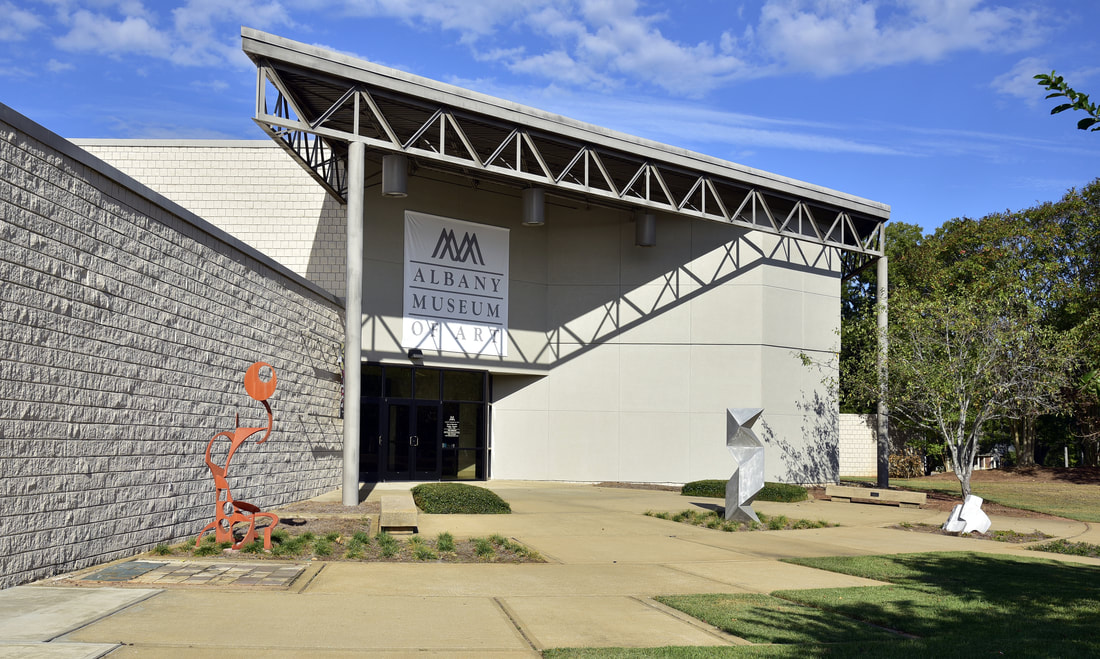 The African masks, baskets, pottery, textiles, jewelry, sculpture, and other pieces present a special challenge. "So much of that work is fabric, hair, wood—all kinds of organic matter," said Bruce Campbell, a longtime member of the Board of Trustees. Keeping those materials from deteriorating requires precise control of temperature and especially humidity.

On January 2, 2017, disaster struck. A violent storm tore off the roof. Rainwater poured into the galleries, the offices, and the storage vault where the African artifacts were stored. A large number of the fragile African artworks were exposed to the rain along with equipment and furnishings on the first floor of the building.

The museum shipped more than 1,300 pieces to The Conservation Center in Chicago for repair, conservation, or preservation. It sent its undamaged artworks to climate-controlled storage in Atlanta. And it began rebuilding. It would need to repair or replace much of its infrastructure, including its environmental monitoring system.

After more than seven months of work, the museum reopened in August 2017. Since then, it has resumed a full schedule of temporary exhibitions, classes, and events. The permanent collection, however, remained stored offsite. That turned out to be fortunate. Without realizing it, the museum might have been headed for a second disaster, this one in slow motion.

Campbell, an ex-Marine and a retired engineer who worked on power and controls projects for 37 years, chairs the Building and Grounds Committee. "I was under the impression that after the rebuild of the building, everything was checked out and brought up to snuff," Campbell said. "Well, I found out that that was not the case."

The museum's old chart recorders (which recorded environmental readings as lines on paper disks) were obsolete. To replace them after the reopening, a staff member visited each gallery every day with a handheld temperature and humidity meter. It took a lot of time. Some days she got too busy with other duties. Still, everything seemed fine.

Then the museum installed a new environmental monitoring system from Conserv, with five sensors. "I put those in the galleries and the vault so I could see what our environmental controls were doing," Campbell said. "From that we discovered that our systems were way out of whack."

Conserv provides wireless monitoring of temperature, relative humidity, dew point, illumination, and ultraviolet and infrared levels. Its sensors take readings every 15 minutes that can be monitored in real time via a computer or on a mobile device. The new system revealed what a once-a-day handheld reading couldn't: humidity levels were all over the place, fluctuating throughout the day.

Over time, those fluctuations would have damaged the African artworks just as much as the deluge from that big storm. "So," Campbell said, "we're currently spending about $30,000 upgrading our air-conditioning and heating systems for more constant humidity control."

The Albany Museum of Art is accredited by the American Alliance of Museums. That means it must meet strict environmental criteria to protect not only the museum's own collections but also any pieces brought in from other institutions for exhibitions.

"When you start getting into borrowing works of art from other artists, galleries, and other collections, in the agreement you often must submit a facilities report," Campbell said. Conserv makes it simple to create a detailed, professional presentation. "It allows us to print out, say, the last 30 days of readings for the environment in the galleries where their works are going to be hung."

"The customer service and response at Conserv has just been terrific," Campbell said. "Even on weekends I can expect to hear back from them within a few hours if I send them an email."

The team at Conserv is growing! This week we are introducing: Ana Martins. Ana has a background in Analytical Chemistry and received her PhD from the University of Porto in Portugal in 1997. Prior to starting at Conserv, Ana was a Conservation Scientist at The Museum of Modern Art in New York (MoMA) for thirteen years. She split her time between technical art history and preventive conservation. She recently relocated to Europe where she has strong ties with the museum community. She is a member of the advisory board and will assist with our International expansion and research collaborations. (Banner photo credit: Jom Luiten)

As we’ve been growing our influence in the cultural sector, Conserv is working with the digital agency 1909 DIGITAL. A tight knit, fully-remote team of seven led by three co-owners in Indianapolis, they've been in the trenches in both the for-profit and non-profit sectors. 1909's expertise includes the cultural sector, Open Access, website optimization, and audience engagement. Below, co-owner Lori Byrd-McDevitt shares how 1909 is taking on digital marketing with Conserv.

Conserv: Powered by Your Insights

One thing we learned early in our journey to build Conserv Cloud is that we cannot afford to guess what people want.  Every startup tries that at some point and (spoiler alert) it does not work.  What works better than guessing?  Listening!